Conference Series Ltd invites all the participants across the globe to attend 46th World Congress on Microbiology Dublin, Ireland.

Stef Stienstra is a Strategic and Creative Development Manager in Biomedical Science, who works internationally for several medical and biotech companies as Scientific Advisory Board Member. He is also an active Reserve-Officer of the Royal Dutch Navy in his rank as Commander (OF4). For the Dutch Armed Forces, he is CBRNe specialist with focus on (micro)biological and chemical threats. He is also Manager of the group of medical- and environmental functional specialists within the 1st CMI (Civil Military Interaction) Battalion of the Dutch Armed Forces. In his civilian position, he is at this moment developing with MT-Derm in Berlin (Germany), a novel interdermal vaccination technology as well as a new therapy for cutaneous leishmaniasis for which he has won a Canadian ‘Grand Challenge’ grant. With Hemanua in Dublin (Ireland), he has developed an innovative blood separation unit, which is also suitable to produce convalescent plasma for Ebola Virus Disease therapy. He has finished both his studies in Medicine and in Biochemistry in The Netherlands with a Doctorate and has extensive practical experience in cell biology, immuno-haematology, infectous diseaases, biodefense and transfusion medicine. His natural business acumen and negotiation competence helps to initiate new successful businesses, often generated from unexpected combinations of technologies. He consults at top level management, in which his good understanding of abstract science combined with excellent skills in communication of scientific matters to non-specialists helps to get things done.

As curative medicine gets, compared to public health systems, generally more attention and financial support, particularly the underdeveloped countries are not well enough prepared for outbreaks of infectious diseases. In the past several Western public health institutes, like the French ‘Institut Pasteur’, the Dutch ‘Tropeninstituut‘, and many others, were prominent surveyors of contagious diseases and very active in the international mitigation of infectious diseases. In the last decennia, the investments in worldwide public health unfortunately have been reduced compared to curative healthcare. With the recent Ebola Virus Disease outbreak in West Africa, we see a new wave of growing interest to invest in Worldwide Public Health to prevent spreading of highly contagious diseases. Most public health systems in developing countries do not have proper diagnostic laboratories, quarantine procedures and treatment facilities. Non-Governmental Organisations (NGOs) helping to fight outbreaks are often better trained in curative treatments and have less skills with biological (bioweapon) threats in which military have more experience. I acclaim Bill Gates’ announcement in the New England Journal of Medicine (Bill Gates, NEJM, March 19, 2015) that all countries should identify trained military resources that would be available for outbreaks and work together to fight epidemics. New diagnostic technologies will help us worldwide in the defence against emerging contagious diseases. Especially in PCR-based systems, which are nowadays quite ruggedized, are very promising in the identification of potential outbreaks of infectious diseases in wildlife, cattle and/or the human population in developing countries.

Petra Dersch graduated in Microbiology at the University of Konstanz and at the Max-Planck-Institute for Terrestrial Microbiology Marburg. She worked as a Postdoc at the Tufts Medical School, Boston/USA, started her own group at the Freie Universität Berlin, and was Junior Research Group Leader at the Robert Koch Institute Berlin. In 2005, she was appointed at the Technische Universität Braunschweig as Associate Professor in Microbiology, and since 2008, she is Head of the Department of Molecular Infection Biology at the Helmholtz Centre for Infection Research in Braunschweig. She is member of various boards, and a current member of the study section, “Microbiology, Virology and Immunology” of the DFG. Since 2016, she is one of the Vice Presidents of the German Society for Hygiene and Microbiology. Her main research field is Molecular Pathogenesis of Enteric Pathogens. She published more than 90 original papers in peer-reviewed international journals, reviews and book chapters.

Yersinia pseudotuberculosis evolved numerous strategies to survive in environmental reservoirs and mammalian hosts. A hallmark is the ability to rapidly adjust the lifestyle upon host entry to prevent attacks by the host immune systems. The pathogen employs a plethora of control elements to fine-tune regulatory networks. To capture the range, magnitude and complexity of the underlying control mechanisms, we used comparative RNA-seq-based transcriptomic profiling under infection-relevant conditions in vitro and during the infection process in mice. We identified riboswitch-like RNA elements, a set of antisense RNAs, and previously unrecognized trans-acting RNAs, which are differentially regulated under infection conditions. We revealed a temperature- and host-induced repro­gramming of important metabolic pathways, virulence traits, and discovered CRP as master regulator of non-coding RNAs. Individual regulatory RNAs, which are differentially regulated during infection, were characterized and their role in infection was elucidated using mouse infection models. Among the regulatory RNAs, which are most important for Yersinia virulence, are the Crp-dependent Csr-type regulatory RNAs found to control multiple virulence-relevant metabolic pro­cesses. Our finding highlights a novel level of complexity in which the concerted action of transcriptional regulators and non-coding RNAs adjusts the control of Yersinia fitness and virulence to the requirements of their virulent lifestyle. 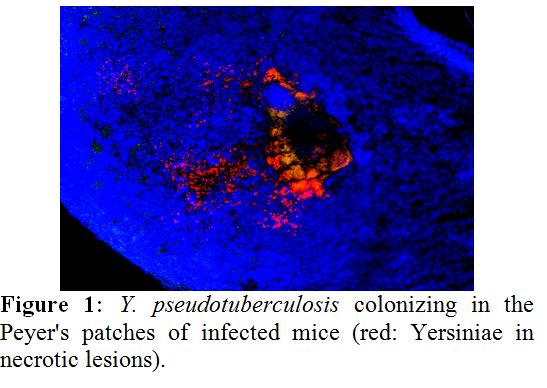 S Louise Cosby was appointed as the Head of Virology Branch at the Agri-Food and Biosciences Institute, UK, in 2015. She was the Chair of Microbiology in Queen’s University Belfast from 2002 and remains an Emeritus Professor. She is a Fellow of Royal College of Pathologists (London) and Fellow of the Royal Society of Biology, UK. She has served/currently serves on grant/editorial boards: BBSRC, UK; Chair/Member, Science Foundation Ireland; Deputy Chair Professional Development Committee, Microbiology Society, UK; Associate Editor, Journal of Neurovirology, USA; Review Editor, Frontiers in Microbiology; External Assessor for Appointments and Promotions in Medical Microbiology, University of Malaysia. Her research interests are: virus pathogenesis including, virus-receptor interactions, virus-induced immunosuppression and vaccine development. Her work has focused on paramyxoviruses of both human and veterinary interest, with publications/grant funding in this area.

Viruses make use of cell receptors to both enter the cells and regulate cellular processes. We examined 2 important aspects of virus receptor interactions in members of the Paramyxoviridae, measles virus (MV), veterinary viruses (also in morbillivirus genus) and respiratory syncytial virus (RSV), a major cause of bronchiolitis in infants. MV can cause severe complications such as giant cell pneumonia and acute post measles encephalitis. More rarely fatal infections of the CNS, subacute sclerosing panencephalitis and in immunosuppressed individuals, measles inclusion body encephalitis occur. The World Health Organization (WHO) has set goals towards the complete eradication of MV in at least five WHO regions by 2020. We determined that both MV and RSV infection up-regulates TRPV1, TRPA1 and ASICS 3, airway receptors implicated in cough hypersensitivity and broncho-constriction in asthma and chronic obstructive pulmonary disease. We and others have also shown that veterinary morbilliviruses share common cell entry receptors with MV raising the risk of zoonotic infection. MV is thought to have evolved from the now eradicated cattle morbillivirus, rinderpest, by entering the human population during cattle domestication. This highlights the potential consequences of complete withdrawal of MV vaccination after eradication. MV vaccine is live attenuated and has very low risk of reversion, but is unlikely to be acceptable in a MV free world and may only give partial protection against morbillivirus zoonotic infection. Formalin fixed MV and RSV vaccines were used for a period in the 1960’s, but induced an altered immune response and death of some children following later infection. Based on our understanding of cross species infection new vaccines will be required. In conclusion, receptors are important players in cross-species infection as well as drug targets. Approaches to inhibit airway receptors during virus exacerbations, cell entry receptors for MV and veterinary morbilliviruses and vaccine approaches will be discussed. 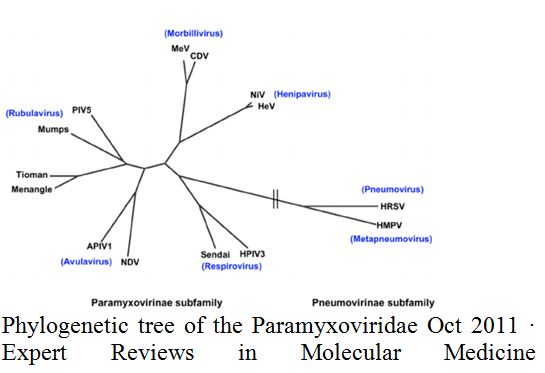 Keynote: Improved antibiotic treatments and vaccines against bacterial diseases: why do we need to understand how the pathogen interacts with the host?

Bacterial diseases cause approximately six million deaths per year. Antimicrobial resistance is increasing and better vaccines are needed. The prevention and treatment of infections must be underpinned by an in depth knowledge of the biology and pathogenesis of the microbes and their interaction with the immune system. Empirical approaches achieve only partial success and do not allow accurate targeting of medical interventions. The location, growth status, between organs spread and interaction with cells of the immune system are key variables of the infection process that affect the efficacy of vaccine-induced immune responses and antibiotics. Our recent work has been focused on the fundamental bases of the biology of invasive Salmonella infections in the light of immune-deficiencies that predispose humans and other animals to these diseases. We have shown that Salmonella has a pathogenesis that is both intracellular and extracellular, with systemic spread in multiple body tissues and several sophisticated mechanisms that allow the bacteria to evade killing by phagocytes and disseminate in the tissues. Salmonellae are vulnerable to antibodies and complement that lyse the bacteria and/or target them to phagocytes, increasing the antimicrobial functions of host cells. We have identified phagocyte receptors, intracellular killing mechanisms and bacterial evasion strategies that affect phagocyte- and antibody-mediated killing of Salmonella. We have also determined the interactions between pathogen location, growth, spread and the efficacy of antibiotic therapy. This work lays a foundation for the development of better vaccines and antibiotic treatments for Salmonella infections and establishes principles applicable to other systemic bacterial diseases.

Keynote: Investigating the role of histone acetylation in the regulation of flocculation in Saccharomyces cerevisiae

Alastair Fleming is an Assistant Professor in the School of Microbiology and Genetics at Trinity College Dublin, Ireland, where he is the PI of the Yeast Chromatin Group. His research group focuses on the role of ‘chromatin remodelling’ during various biological processes in yeast. Current research areas include the investigation of: (i) the epigenetic signature associated with cellular aging, (ii) the epigenetic regulation of transcription initiation, (iii) epigenetic memory during transcription elongation, and (iv), the chromatin-mediated regulation of flocculation within yeast cell populations.

Flocculation is a stress response whereby yeast cells adhere to each other to form an aggregation which offers protection to those cells within the ‘floc’ against the outside environment. The flocculation phenotype is important in biofilm formation and in industries such as brewing. Flocculation is mediated by the expression of cell wall proteins known as flocculins. These are lectin-like proteins which bind to the mannose residues in the cell walls of neighbouring yeast cells. The dominant flocculin gene in yeast is FLO1, which is regulated by the Tup1-Cyc8 co-repressor and the Swi-Snf co-activator. Although the mechanism of FLO1 repression has been well characterised, the mechanism of FLO1 de-repression is poorly understood. We show FLO1 de-repression in a cyc8 deletion strain is accompanied by Sas3 and Ada2-dependent histone H3 lysine-14 acetylation at the FLO1 promoter and ORF, together with Swi-Snf recruitment and histone eviction at the promoter. In the absence of Ada2 and Sas3-dependent H3 lysine-14 acetylation, Swi-Snf recruitment and histone eviction proceed at the de-repressed FLO1 promoter, but FLO1 transcription is reduced. Following the conditional depletion of Cyc8 via anchor-away, we show RNA polymerase II (RNAP II) is recruited to the de-repressed FLO1 promoter in a bi-phasic manner concomitant with a similar pattern of histone acetylation. In the absence of Sas3 and Ada2-dependent H3 acetylation, histone eviction and RNAP II recruitment at the FLO1 promoter still occur, however RNAP II is absent from the gene coding region. This suggests that in the absence of Cyc8, Sas3 and Ada2-dependent histone H3K14 acetylation is not required for histone eviction and RNAP II recruitment at the FLO1 promoter, but is required to enable transcription elongation to occur. 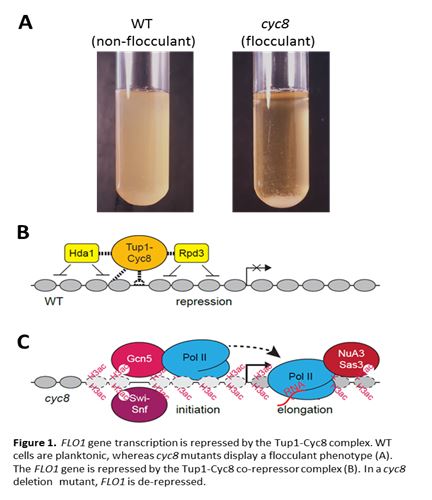