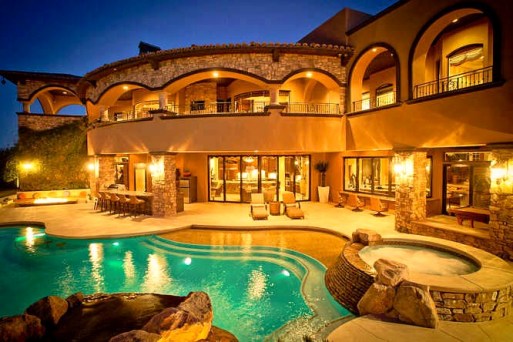 Exit airport North onto Swenson Street exit. Stay on Swenson St. for approximately 1/2 mile. After crossing Harmon Rd. hotel entrance will be on the left (West) side of the street.

<div style="text-align: justify;"> <p>Las Vegas is the largest city in the U.S. state of Nevada. Nicknamed the Entertainment Capital of the World, it is situated in the Mojave Desert of Southern Nevada. The city features many mega-hotel/casino complexes decorated with lavish care and attention to detail creating a fantasy-like environment. The casinos often have names and themes that evoke romance, mystery, and exotic destinations</p> <p>Las Vegas has an arid climate with sunny, dry, and extremely hot summers. The July average high is 40&deg;C (104&deg;F), but with low humidity. This low humidity does help temperature feel not as hot as it otherwise would at these levels, but never-the-less, it is still hot. Night time lows are usually in the high 20s Celsius (80s Fahrenheit).</p> <p>Winter is much cooler with daytime highs averaging around 15&deg;C (60&deg;F), and nighttime lows averaging about 4&deg;C (40&deg;F). During winter, a cold spell may set in for several days. Snowfall is quite rare in the metropolitan area itself, but the mountains surrounding the valley are topped with snow during the winter. This allows for skiing and snowboarding. These activities are available in winter with a short drive to the northwest at Mount Charleston.</p> <p>Spring and fall are very enjoyable months with daytime highs ranging from 15&deg;C-25&deg;C (60&deg;F-80&deg;F). Some of the best months to visit Las Vegas are March, April, May, October, and November. Temperatures are not too hot nor too chilly at those times, although a good time can be had in Las Vegas at any time</p> <p>Summer monsoons occur from late July to early September. There could be increases in rainfall during this time, however, taken as a whole, Las Vegas receives little rainfall annually. Take caution during heavy rainfalls as flash flooding can occur in certain parts of the valley. The Strip and Downtown are mostly fine. However, The Quad and Harrah&#39;s parking garages do have a tendency to flood. Rainfall is rare, but when it shows up, be aware that it may show up with a vengeance.</p> <p>The largest city in Nevada, Las Vegas lies in the desert, surrounded by baron hills. The huge resort hotels lining the famous &quot;Strip,&quot; with their sparkling lights, fountains, and and recreated glamorous sites from cities around the world, offer a fun and exciting retreat from the desert landscape. Las Vegas is a great place to visit year-round; its cooler winter temperatures are pleasant for sightseeing, and in summer, when the temperature can rise above 104 degrees Fahrenheit, the hotel pools become an important part of the daytime activities</p> <p>&nbsp;Las Vegas, Nevada, has evolved over the years from a small desert town into one of the top entertainment and gambling centers of the world. The city attracts high rollers from across the globe to its numerous casinos as well as the planet&rsquo;s top live performers and stage acts.</p> <p>The Las Vegas strip features an endless stream of activity just about every day of the year as visitors are drawn to the themed-casinos to play their favorite games of chance and to try out the top-class buffets that are prepared by some of the world&rsquo;s best-known chefs.</p> <p>Drinks are free in most casinos when you&rsquo;re playing their games and you can always place a bet on almost any major sporting event in the world. Most of the casinos also offer first-rate accommodation, including some of the most luxurious suites in America.</p> <p>The city hosts numerous sporting events throughout the year such as world championship boxing matches, NASCAR motor racing and UFC martial arts contests. There are hotels and restaurants to fit all budgets and plenty to do for non gamblers.</p> <p>Renting a car and driving out into the Nevada desert is an ideal way to spend a relaxing day while exploring the local rock formations. The Grand Canyon isn&rsquo;t too far away for a day trip, neither is Hoover Dam.</p> <p>Las Vegas offers an assortment of activities for fun seekers of all ages and combined with its hot weather it&rsquo;s no wonder it&rsquo;s one of the top places to visit in America.</p> </div> <p>&nbsp;</p> 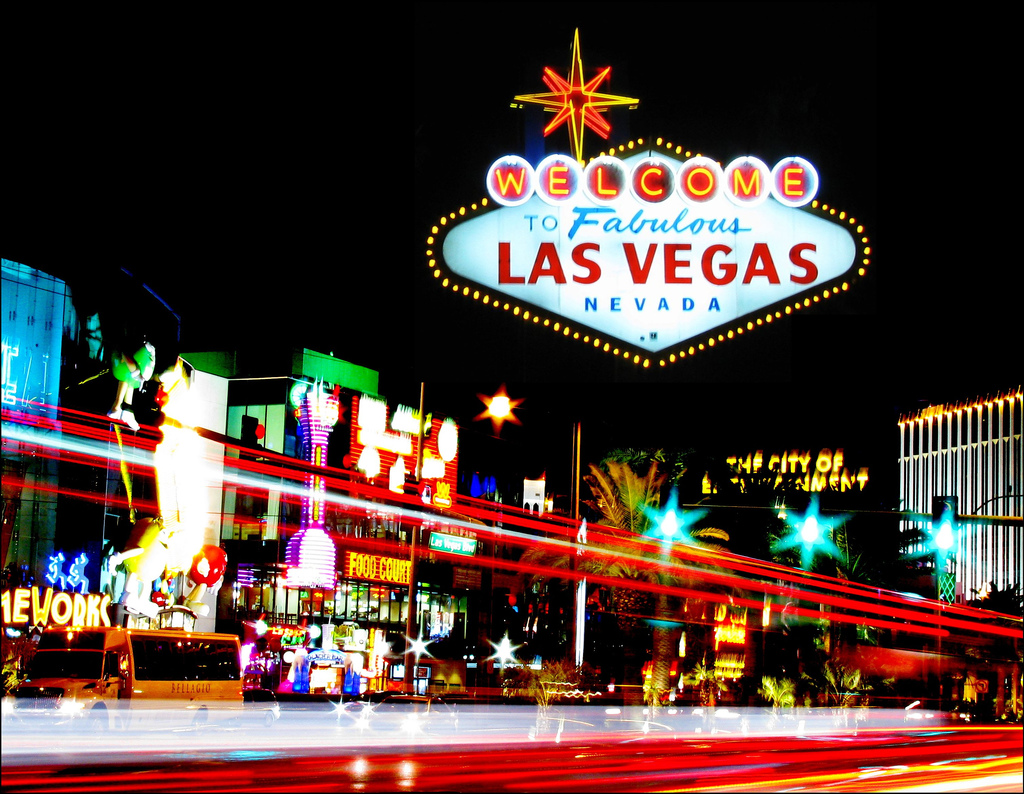